The European Gay & Lesbian Sport Federation chose the city of Vienna with the clubs SV Aufschlag and Kraulquappen as hosts for the Eurogames 2024. 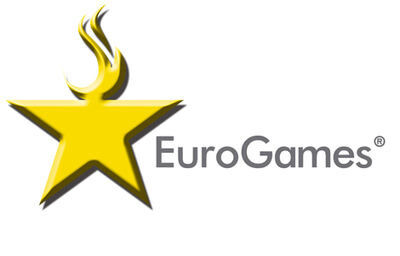 The EuroGames in 2024 will take place in Vienna. This was announced by theEuropean Gay & Lesbian Sport Federation (EGLSF) on December 28, 2021. Vienna prevailed in the vote among the EGLSF member clubs with a clear margin against the competitor Birmingham. Several thousand participants from all over Europe and beyond are expected to attend the EuroGames in Vienna in July 2024.

The EuroGames are sports games for lesbians, gays, bisexuals, trans, intersex, queers and friends. They take place annually in a major European city and last four to five days. This summer, Copenhagen was the venue for the EuroGames, followed by Nijmegen in 2022 and Bern in 2023.

The award of the EuroGames 2024 means a great success for Vienna and is the result of intensive preparations. The bid came from two Viennese sports clubs, Aufschlag Wien and Kraulquappen Wien, and was supported by the City of Vienna, the Ministry of Sport and numerous associations and clubs.

Gerhard Marchl, President of Aufschlag Wien, in a first reaction: "We are proud to finally bring the EuroGames to Austria. They are a unique opportunity for Vienna to present itself on the one hand as an ideal host for international sports competitions and on the other hand as the rainbow capital in the heart of Europe."

Numerous sports planned for around 3,000 male and female participants

At least 27 sports are to be on the program of the EuroGames. The organizing team relies here on the cooperation with other associations and clubs and on the support of the City of Vienna and the Ministry of Sport.

René Gabner, chairman of the swimming club Kraulquappen Wien, explains: "In addition to swimming, dancing, running and the ball sports as the most popular sports, there will also be competitions that have hardly or not at all been part of the EuroGames program so far: archery, climbing, rugby and table soccer."

The organizing team is also counting on Vienna's unique water areas such as the New and Old Danube as competition venues. This is where the rowing, sailing, stand-up paddleboard and wakeboard competitions are to take place, as Bianca Gebhart from SV Die Gaynialen adds.

Around 3,000 LGBTIQ+ athletes are expected to attend the EuroGames. Participation in the competitions is open to all, regardless of sexual orientation.

EuroGames in Vienna to promote acceptance and respect

Discrimination against LGBTIQ+ people in both elite and amateur sports is still far too common. For many athletes, coming out is still a big hurdle.

The EuroGames in Vienna are intended to counteract this, as Ulrike Lunacek, prominent member of the Kraulquappen Wien, explains: "The EuroGames should not only be a celebration of sport, but also of diversity. It's about sending a strong signal for the acceptance and respect of LGBTIQ+ people." A conference planned together with the Ministry of Sport within the framework of the EuroGames will also be dedicated to this topic, according to Lunacek, who also points out another aspect: "With the EuroGames, we want to send a positive signal especially to our neighborhood, i.e. towards Central and Eastern Europe, where the rights of sexual minorities are still under pressure."

Vice Chancellor and Sports Minister Werner Kogler, who had contributed to the application campaign in the form of a video, is also pleased about the award: "Vienna is the ideal location for this festival of the European LGBTIQ+ sports scene. Because it is located in the heart of the continent, has the right sports venues to offer - but above all because it is a particularly LGBTIQ+-friendly city. No doubt, we will experience EuroGames in 2024 that will be remembered for a long time."

Vienna's City Councillor for Diversity Christoph Wiederkehr is also very pleased: "The fact that the EuroGames will now take place in Vienna for the first time in their 30-year history in 2024 fills me with joy and pride as the City Councillor responsible for diversity. Such major events help a lot to eliminate still existing barriers and prejudices. As a cosmopolitan city, we will be the best possible host for the athletes and enable competitions at a high level!"

City Councillor for Sport Hacker: Openness, solidarity, tolerance and acceptance are part of the soul of Vienna

Vienna's City Councillor for Sport Peter Hacker is also happy with the EGLSF's decision: "As City Councillor for Sport, it is a great honor for me to welcome the EuroGames 2024 to Vienna, to our beautiful and colorful city. Vienna has a long tradition of events and culture - especially a decades-long culture of diverse togetherness. Openness, solidarity, tolerance and acceptance are parts of the soul of our city - probably one of the reasons why Vienna is one of the most popular and livable cities in this world. I would like to thank the organizers and the many volunteers without whom such a tournament would not be possible. Our city is looking forward to an exciting and high-class event in 2024."

Playing soccer together and breaking down prejudices - the Girls Football Festival is back!

A quarter of a century of work for anti-discrimination, social inclusion and human rights in sports. We want to celebrate with you at Brick-15!

Global Dialogue at VIDC takes a look at the role the region plays in global capitalism on the occasion of the World Cup in Qatar.

Panel discussion with the authors Anne Hahn and Frank Willmann.